Take a chike, and drawe him, and roste him, And lete the fete be on, and take away the hede; then make batur of yolkes of eyroun and floure, and caste there-to pouder of ginger, and peper, saffron and salt, and pouder hit faire til hit be rosted ynogh.

Take a chicken, and roast it, And let the feet be on, and take away the head; then make a batter of yolks of eggs and flour, and caste into it Ginger Powder, and Pepper, Saffron and Salt and cover (?) it faire until roasted enough. 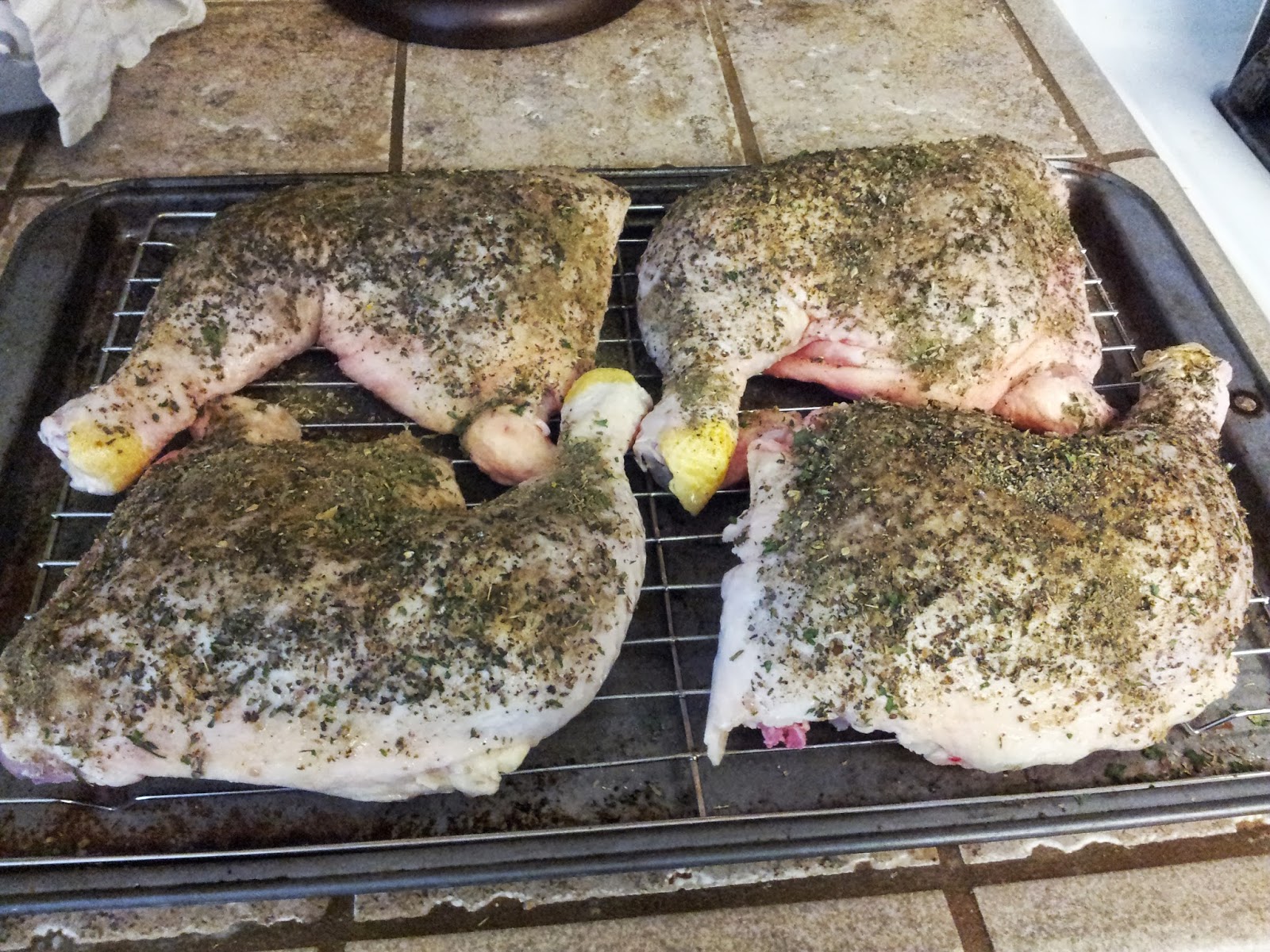 Arrange the Chicken on the sheet and rub them lightly with Olive Oil.  Sprinkle some salt on the Chicken.  Put Parsley, Sage Oregano, and Basil in a small dish and mix together. Rub this onto the Chicken genereously.  Bake Chicken at 350 degrees.  Just before it reaches 165 degrees, pull out Chicken.

Beat together the Egg Yolks and Flour until it forms a paste then add Ginger, Pepper, Turmeric, and Salt.  Spread a thin even layer of the paste on the Chicken and return it to the oven until it is done.  Make sure to remove the Chicken before the paste turns brown.  It should remain yellow in color.

This is the second recipe for the Silver Desert Championship Feast.  I think it was a success because my daughter kept saying, “You're the best chicken cooker ever, Dad.”  Honestly, the flavour was really good, but there are still a couple of issues to work on.  I didn't have all of the ingredients that I wanted for the Chicken Rub, but I believe their addition will just enhance the flavour more.  I am a bit more concerned with adding the Endored Paste at the end of the cooking process.  Last time I did the recipe, the chicken was minimally prepped for baking.  This time, it has a generous rub applied and it is picked up and moved when the paste is applied.  It doesn't affect the flavour, but it makes the appearance a little sloppy.
Feast Preparation